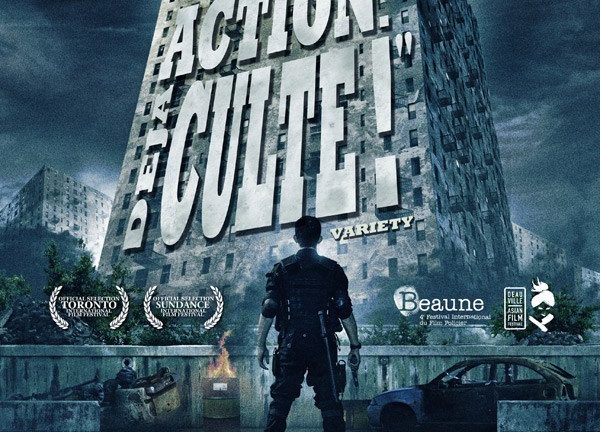 In Jakarta, a group of intervention of the police to take storm a building in order to dislodge a baron of the drug, reduced to the last floor. But past the surprise effect, the strength ratio is reversed. Once scattered on the floors, the police officers are hunted down one by one.

One might expect a silly action movie, as you can see a tremendous amount since years. Quite the contrary, it would be necessary for the next action movies are inspired by it in the future. Why ? Here are the main reasons. First of all, Gareth Evans is welsh in origin indonesian. He knows a bit of the combat sport. This has assisted greatly in this film as the action scenes / fights are incredible.

It is not in the demonstration with a double pirouette in the air by Jackie Chan, it is in the fighting realistic. This film gives us what we can learn in a combat sport : these means of fighting must be used only in cases of extreme defense. The only small problem, it is probably that these combat scenes are drawn by an elastic band made to hold the film for about a hundred minutes. After a while, it gets boring even if the director tries to insert some passages without action (the thought of a pregnant woman, the discussion between the brothers).

Therefore, beyond its action scenes breathtaking, the developer was able to build a small story that will contribute to the end. It is good and keeps us in suspense, as with any film, it is the suspense the most comprehensive, without being able to imagine the end. Except that at the time when these small stories are revealed to the viewer, we can guess the end and we only have to wait with the combat scenes that go on and sometimes drag on.

A film divided between pure action and a thriller without stakes, and manages to convince him that he will remain a reference in its genre.

Seriously, why have you started in a simple intervention of the police to end in a thriller ? It may be the strength of the film. I say perhaps because the film is divided into two parts : the action film and thriller. But the director does not, however, to combine them as it should be for it to be enjoyable. We will remember the same when directed by Gareth Evans. Outstanding, such a director who has everything including action movies. It happens to embark in his combat scenes with camera moves them into jubilant.

These plans, which follow one another and that can be blamed for some of the spectators are, in fact become the essence and soul of the fighting between the police and the criminals. Who says police said weapons. But it can clearly be seen through the mise en scene that the director is a fan of fighting with bare hands and abandoned as weapons. In addition, there is no need to be afraid of even men take a bullet in the head, take an ax or knife stabs filmed in close up. It is not necessary to be afraid of the blood that is seen to flow from the body of the defeated.

Featuring a soundtrack that sounds like a symphony own in the fighting and the suspense they create, the film proves that the director knows exactly what he needs to do with the actors (which are quite impressive and very persuasive), and it does so cleanly, without excess. I would like to clarify in this end of criticism, as my note will seem to you not very suitable to everything that I just said. But it turns out that I’m not a big fan of action movies, and even if the film held me in suspense until the end, I lack a “je ne sais quoi” to have been more hooked. Because after all, it is an action movie where the director was able to do and that is all…

Finally, The Raid is a film that fulfilled its specifications : a film of actions that takes in the breath. And the film is helped by the director who has all-inclusive to this genre, both by the games camera by the music or the behaviour of the actors. Despite a film divided in two by the pure action and a thriller stretched on an elastic band, the film manages to convince him that he will remain a reference in its genre.