On the occasion of the release of the November 23, 2016, the restored version of Freaks, the monstrous parade, we are interested today to his director, Tod Browning, who devoted his career to build bridges between the genre of melodrama and fantastic.

Generations after generations, many of the filmmakers are trying to enrich the art of cinema of personal vision, but few of them will have the privilege to be considered at the end of their career, as precursors, of the totems for an artistic trend or school of thought. Become a figure holder, it sometimes plays on an element of luck, a matter of timing. Also Tod Browing has become one of the founding fathers of fantasy because his first talent was to be born at the right time, in 1880, in an America where the film did not yet exist. Existential option of the most malignant, because it allows him to be free to be a child of the big screen, biberonné from an early age by his spectacular images, such as the one later described as his own progeny, cinephile, his disciples on the head already full of references even before the testicles and the heart have completed their development.

Browning, himself, is not a follower, he is a discoverer, already twenty years old when the invention of the lumière Brothers began to conquer the public by installing its rooms travelling projections, in the exhibitions-fairs. The young Tod is already familiar with the fairground world, a world high in colors, populated by beings out of the common; it is already his cinema with him, his factory of dreams-strange. If we forget that the filmmaker grew up in this cultural context, where the track of a circus and the stage of a barker fair took place then, of what represents for us today the screen; one cannot understand the work of Browning, which is just a bridge between the spectacle of his youth and that he will take into his adult career.

To trace the filmography of Tod Browing, it is necessary to make a jump of nearly a century in the past, and this gap is temporal to its disadvantages, since some of the works that London after midnight is now considered to be lost. It is appropriate, therefore, to qualify the filmmaker of the founding father, because his career overlapped the era of silent cinema (1910-1920) and the first few hours of glory of speaking (1930). Impossible to evoke the first period without mentioning the name of Lon Chaney, the interpreter prodigious that worked ten times with the director. Lon Chaney was nicknamed “The man of a thousand faces,” and we understand that the talent of a chameleon of an actor has fascinated Browning, who was in his performance those of artists and showmen, clowns, pathetic or phenomena grimacing, which had so much impressed in his youth. The writer Ray Bradbury has aptly described the tragedy that Chaney played on the screen : “It was someone who exteriorised our psyche […] The story of Lon Chaney is one of the loves in one direction. He carries this part of you in the middle of the day, because you’re afraid of not being loved, of never being loved, you fear that something in you is grotesque, that the world will turn away from you.”

It is a perfect example of this type of incarnation in the filmography of the actor with the Tears of a clown by Victor Sjöström, film, displaying a kinship evident with the cinema of Browning. In this melodrama, dumb, Chaney played a clown, asking every night to the spectators to participate in the show sordid of his humiliation by slapping in turn. The character seems to be condemned to this status to be humiliated, sacrificed by the society, since behind the scenes, it is rejected by the’écuyère, of which he is enamoured, which turns the mockery of his declaration of love in a scene very moving.

Tod Browning was found in Chaney , the artist who will be the link between the performance restricted to the stage, and those that are transposable on the big screen. But unlike Sjöstrom it does not limit the actor in the costume of the clown, and he offers to take on the different roles of the circus and music hall. Ventriloquist and transformist in The Club of the three, caster, knife penguin in The Unknown, conjurer in west of Zanzibar. Chaney died in 1930, before the talkies do so, as the other stars of the silent era, to take retirement early, and Browning will be released his masterpiece Freaks, The Monstrous parade in 1932, inspired once again of the atmosphere, strange circus, and, more particularly, of the phenomena whose physical abnormalities are startling as much as they fascinate the american public. Freaks is a drama, peppered with bursts of violence and sustained by a moral cruel, but in any case, it is in the settings of the fantastic genre because its narrative does not invoke any éventement supernatural. Yet this film is regularly associated to the slope fantastic in the filmography of its director (Dracula, the Mark of The vampire, The Dolls of the devil) in the back festivals dedicated to the genre. Also, the filmmakers come from different backgrounds and flirting them frequently also with the fantastic, clearly displays the influence of Browing on their respective works.

The american Rob Zombie has never denied his love for the world of the circus, and it reiterates an aesthetic of the grotesque in House of 1000 corpses or 31, where the statues are no longer able to hide the horrors of human nature. The Spanish Alex De la Iglesia is part of a similar approach with Balada Triste, which takes precisely place in a circus with a main character that the makeup of clown the bottom gradually to let appear a being as pathetic as desperate. The chilean Alejandro Jodorowsky expresses also his fascination for the aesthetic fun in Santa Sangre, and, like Browning, he defends in El Topo, the screen presence of actors with various physical abnormalities. All of the directors who cultivate a sense of the bizarre, offering as well the representation of the universe which, if they do not respond necessarily to the settings of supernatural, away from our landmarks daily by adding a background unreal in their atmosphere.

It is without a doubt in this part of unreal that is the legacy of Browning, who applied similar effects to its realization, that it serves a intent melodramatic, as an intrusion of the fantastic. In west of Zanzibar, the drums of an african tribe roar through the last quarter of an hour of the film and announces a deadly threat to the protagonists. The tension is carried by the music, which becomes more and more present and threatening, until the members of the tribe appear, personifications of a culture as far away as old, that the spectator might almost believe, born of an unknown world, that of death certainly.

Another event almost fantastic of a threat, the one that falls on Cleopatra, the trapeze artist in Freaks, when the community of phenomena fairground is in league against it during a night when a storm casts shadows expressionists oppressive around the next victim. This representation of a fatality, which approach the element of a tragedy that must be punished, looks like a clear appearance of evil creatures, from brought a curse to the protagonists in a story obviously fantastic.

But if the filmmaker has often invoked the demons untold fantasy to seduce a sequence of a dramatic narrative; and by a reverse process, he also dismantled the foundations of fantastic films such as Mark of the vampire, the fun of these codes arc marked. If we find in this film all the decorum gothic (castle, lost on the moor, mist and bats) that made the rich hours of the terror in the thirties, it is because Browning seeks to walk the viewer during a major part of the story, where it is constantly meant to be about vampires. The twist end will bring us to reconsider the existence of these so-called vampires, and to reconsider the genre of the film, because despite the accumulation of effects clearly assimilable to the genre of fantasy, no supernatural event does not seem ultimately to be produced.

In The Dolls of the Devil, while the original idea centred on humans transformed into toys tiny, promised a fantastic film cruel and terrifying, Browning seems to be little interest in the next tale of terror on the scenario, and prefers to dwell on the emotional journey of its main protagonist, Paul Lavond, a sort of Count of Monte Cristo returned to Paris to apply a revenge diehard, as well as to be closer to his daughter who despises him. The fantastic has a few scenes where the toys-human, are used in the implementation of the various stages of the revenge, but neither of these fantastic creatures, or the challenge that they represent do not appear in the final occupy the principal place in the order of priorities of Browning, who concludes his film, the outcome concerning the relationship father-daughter in a scene of pure melodrama, where the audience comes to find a catharsis of his emotions.

By putting in an equation in common, the way to anticipate negative events by the rise of dramatic tension, and the process cathartic, which operates in the viewer, exorcised his fears after having seen it represented on screen, Tod Browning has therefore composed a work coherent by the marriage of the genre of melodrama to that of the fantastic. And browsing through his filmography, one realizes that it has to do this, go through a common denominator : the monster movie. Drawing a series of portraits of beings fragile, catalysts of violence concealed by a civilization of facade, the director was given their place at the centre of its stories to a family of beings deformed and tormented, masks, alive, animated, by the flamboyance of emotions thwarted. In cinema, the monster can be the personification of an upheaval fantastic, as the representation gasps of a social reality. Tod Browning has assimilated these two definitions to give birth to a movie-monster. 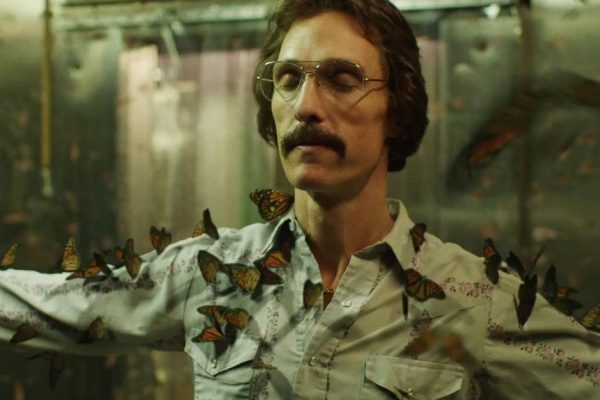 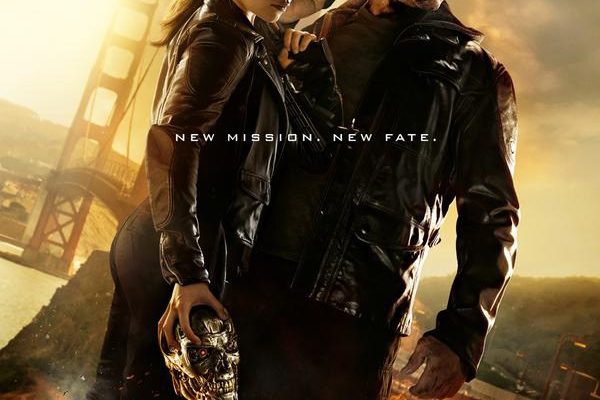 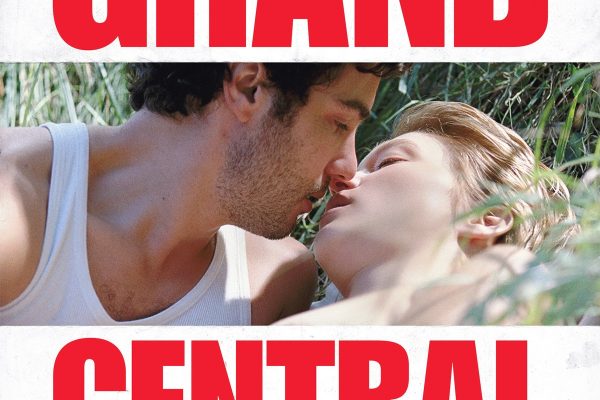 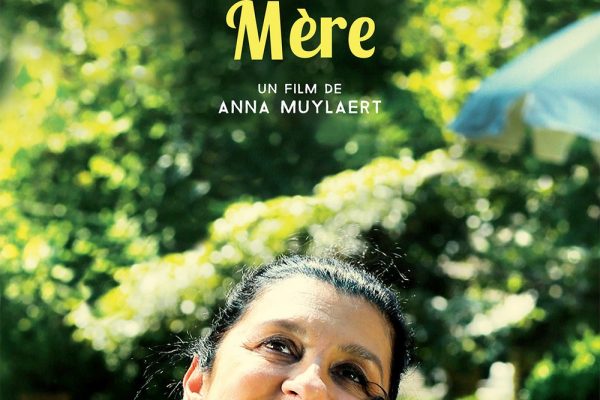