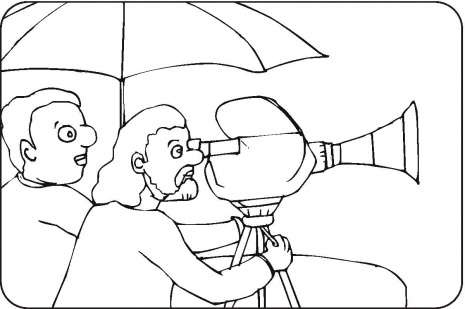 Now that we’ve seen how to make a movie starting with the pre-production phase, it is time to address the shooting.

The role of the members of the technical team

Each member of the team has a very specific role and it is very important to stick to as well to keep the cohesion. This is one of the main mistakes that have a tendency to make the neophytes in shooting by doing a little bit of everything. They tangle so brushes. Feel free not to read the article cinema to understand each position.

Example of a typical day of filming

You are going to read what happens theoretically a day on a film set, but of course, every shoot is different and each day has its share of surprises (good or bad).

The members arrive on the shoot either by their own means or transported by a commissioner.

While the makeup artist prepares the actors, the director and the assistant director explain the program to the chief operator and the sound engineer and to answer their possible questions.

Then, the director rehearses with the actors, while the sound engineer and the chief operator to be prepared. The chief op, who is already supposed to have an idea of the light that he wants, gives his instructions to the head electrician who place different accessories in light, flags, projectors, or reflectors. The wizard camera, deals camera in preparing his various accessories or its various settings. The sound engineer prepares his console and selects the different microphones that he uses ; the boom operator, if he wants to, can attend the rehearsal in order to know the space where it should roost. If there is no assistant of his, it is he who will place the mics ties of the actors. It should be noted that it is the assistant director who chapote all the preparation.

When everyone is ready, we start a repeat, (or mechanical) where all the world as if we were shooting but not recording anything. This allows you to see if there is a problem at the technical level or the players and if there are concerns to consider. Once the repetition is done, the jacks are really starting. For information on how to pass a decision, I encourage you to read the conventions of a shooting.

Once the developer is satisfied with the taken in the plan, the team can move on to the next. And as the order of filming (plan of the day) was chosen strategically, the changes between the plans is normally minor. Once all of the clips in the sequence are turned, it is necessary to pass to the next sequence and so usually go to another location and repeat the process. The team pack up all the equipment, the appliances fall accessories light, the sound team, sound equipment, assistant operator range the camera, the data manager or 2nd assistant camera (see 3rd) is in charge of trimming the taken cards and make back-ups on external hard drives.

It should be noted that…

If ever there is a delay (it is almost always the case), it is up to the assistant director to act in pressing the team or by offering solutions to the real as a pair of two plans, etc.

In parallel with the filming, the team governed this on the board takes care of the logistical requirements of the shoot first and plan meals, and transportation. But if there ever is such and such a concern on the shooting (it is almost all the time the case there too), it is usually a manager who must resolve it. Therefore, it is not uncommon for the commissioners run to the right and to the left to look for an accessory missing, or bring in a decoration. Working with the production and the assistant director, the régie has no artistic contribution, but it has a vital part on the shoot, do not neglect, therefore, not this post. For more information, read my article on the board.

This article is now finished, but your opinion interests me ! How did you find this article, do you have any questions, requests for clarification ? In short, please do not hesitate to express yourself in the comments.