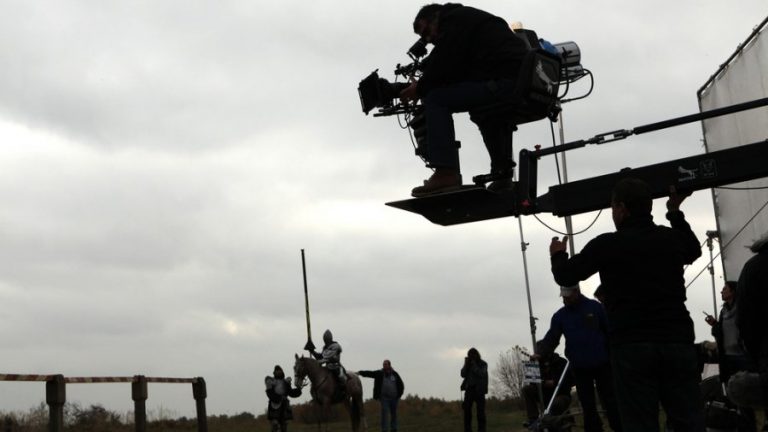 The direction of actors….From the various messages I have received this week, asking you what subject you want for this 100th article, two trends stood out.

1) How to gather, federate and choose his technical team.

2) You guessed it, this is the direction of actors. The choice of the article has played little else. You’re more likely to tell me, ” I’m going to make a cast “ or “I don’t know what to do” or ” how should I talk to, direct my actors on the set “. So I’m going to now give you tracks for you to get out and understand how does a comedian so that it gives you the maximum front-facing camera.

Before start it is necessary to remember that a film is certainly complicated (Writing, Budget, casting, Team etc..) but mainly because it turns very, very rarely in the order of the scenario. For reasons of work plan, décor, availability of actors etc…you will be obliged to turn sequences : 2 ; 45 ; 102 ; 8 a day and then 10 days later the sequences : 1 ; 32, 46, 21, etc…

It will therefore be necessary that you pay attention to the game of actors, give them the good intentions or the necessary information so that the assembly of the sequences 1 and 2, or 45 and 46 are linked together as if they had been shot on the same day !

Small definition of the direction of actors

Beyond the care of the slicing technique, thesequence of plans, the achievement of technical pure, the developer has another challenge : the direction of actors.

This so-called direction of actors, it is the ability of a director to direct his actors so that together they create a work, a movie, a series, and the evolution and the game of the actors are coherent with the story and their character.

Before anything else, be aware that many of the actors willing to appear in short films, this is a sort of exercise. But more importantly it can fit in their tape demo and show them the palette of the game in order to land other roles : telefilm, feature film or series.

On the other hand, to successfully federate, it should be an interesting role, a scenario that holds the road and especially a solid plan. That is to say with a team, an organization…a shoot ! It should not be forgotten that even if the actors are not paid, or very little, there must be a minimum (a make-up artist, a place to change), in short it is necessary thatthey feel pampered ;o)

Before turning, it is necessary to make a cast !

The casting is a little of the sinews of war when it comes to actors for his project. If you have a project of Web-series or feature film, I advise you to take really upstream. The search for actors on long projects is more complicated to booker. In addition, if you make a long, the production will find a casting director to clear the field. If you make a film (project) more private, you will need to stick to, so take your time.

How to find actors ? Several solutions are available to you :

– The cast of wild

– The actors in school

How is the caster ?

Once you have made contact with them and that they agree to pass a casting, it will be necessary to send a piece of text. No need to give them the whole script, unless it is a short film ;o) there is very very little chance that an actor will steal your movie…

It is necessary that you select the scenes that, for you, are the most important and that will allow you to judge if the actor is going to ” stick “ to the character.

Not worth it not to send her 4 pages ! He will not learn or will not.

Why send texts a few days before ?

– Your actor can soak up and learn his lines. His performance will be all the better

– You will be able to work the scenes leaning on the motivations of the characters and especially on what you expect from these scenes. This means that you will already have ideas of staging and direction of actors.

Last thing to know for the day of the audition, plan a camera ! The entire cast needs to be saved so that you can, to calm, to watch the trials, make your choice in peace and with the necessary distance. Sometimes a few days later, we discover moments of game extraordinary.

Casting of actors of theatre

Often you will find yourself faced with actors who play regularly in the theatre and who have no great experience of the camera, this is not always the case either ;o). You’ll have to be careful to mitigate their game during the casting and during filming. The diction, the positioning of the voices are not all the same the theater, and on a plateau. You will need to ensure that/ work on the softening of the game with them ;o)

The fear/ fascination of the actor

When one begins in the staging, there is always somethingscary and magical. It is manic and at the same time frightened. Excited because the actor is there, he read the pieces of the scene that you had sent, he returned in the room of casting and will start to play your dialogues. It also means that you’re going to have to fix it, tell him what you are looking for, something that you have never done…and it will have to be credible ! lol the fear that you will feel will come from there ;o)

The first trap in which you are going to fall, it is to let you carry by the play of the actor. What could be more natural than to watch live, for the first time or on a day that you had not imagined, the character that you created months or years ago ! If this happens to you, this is not serious, except that you’re going to have to ask him to start again ;o)

To direct an actor is to prepare what you want to convey in emotions , or as information. That is why, before the audition, or before taking on a platter, you réexpliquerez the scene to the actor, you will remember why it is there, what it will do and most importantly the emotional state in which it is. This will allow you to calm down lol and get to work. The actor who will be in front of you will understand that you know what you want and will have the first indications that he was waiting for ;o)

Talk about the character

It seems so obvious ! Except that few young directors make the step to know their characters by heart. Since the beginning of this blog, I you tans for you to make sheets of characters , or not ?! This is not to annoy you, you’ll understand ;o) This is not only to be able to write your scenario with the maximum consistency, no ! It is also to facilitate the work once you will be in front of your actors and they will ask you : ” where is the character ? “, ” why does he react like this or that ?! “or ” what are the real relationships between such-and-such character “. If you have not done this work upstream…you’re screwed ! You may poorly be the focus of your actors and do not have the expected result once the film is mounted !

Too many indications of game kill game hints

I wanted to show you advertising that is out there is a year or two now, and that summed up perfectly what I was trying to explain to you here. But I have not been able to find it on the net. In this pub we saw the actors play a scene and then as the director gave indications of game : more sad, surprised, happy, amazed etc…And the faces of the actors who was adapting to all these indications was deformed, and it did not want to say anything lol The audience was lost…and the actors too lol

When you give directions, it is necessary that they be concise. The key to the direction of actors is here !

It is also necessary to leave room for the actor for he can speak. An actor is not a machine for cloning ! Let me explain : as you’re new, you at the head of the actors or a game style ofwell-known player as a reference , or a situation in a film. So you are going to press it, to get what you want ! Except that the comedian is in front of you is not a gadget or machine in such-and-such movie ! It is one of the biggest mistakes made by young filmmakers, is to want to copy it !

Your story or your film is unique. The actors are themselves, do not ask them to play as someone else.

How to give good indications of game for your direction of actors on a set ?

You need to know where is your character and where it goes ! You’ve written a scene for something to say, the purpose of your comedian is to advance the character in the story. Therefore, he must know the reason and the motivation of the scene.

Also leave the actors to do their job. If they are impregnated with their character, they will also be able to give you tracks. It is their job to take the skin of another, leave a bit of space to play, let them live the scene for the first time with a few indications and then refine : positions, intonation , or emotion, depending on what is happening on the screen. Don’t forget that the direction of actors it is an alchemy between a mutual listening to the director and the actor. The direction of actors is done in concert and not alone in a corner.

To finish, I would say that it is necessary that you establish a real relationship with your actors. Be interested in what they are to successfully get them to a total involvement. What I’m trying to tell you is that the more you love your actors, the more you will be able to enter into a relationship with them and communicate the vision of your film and the characters.

Do not be afraid of them, don’t be afraid to not know, see your actors partners and not just performers. They are also there to bring you things, solutions, proposals, or tracks.

That’s it for this article on the introduction to the direction of actors. I hope it has enlightened on the opportunities that you have. If you have any questions please do not hesitate to post them at the bottom of this article.

Share without counting the blog with your networks and your friends, do not hesitate to click on the ads , because it helps the blog to remain online and FREE. To share the article, you just have to click on the ” like “button at the top of this article ; (o) as well as on the button of Google+, in short, super easy ;o)

Thank you to those who will make it ;o) and that are already doing that ;o) you are every day more numerous, thanks to you I live an extraordinary adventure made up of sharing and film ;o) This month the blog has exploded all the records of the hearing. You have been more than 25 000 to connect to How to Make A Movie. Then I say to you a big thank you ;o) 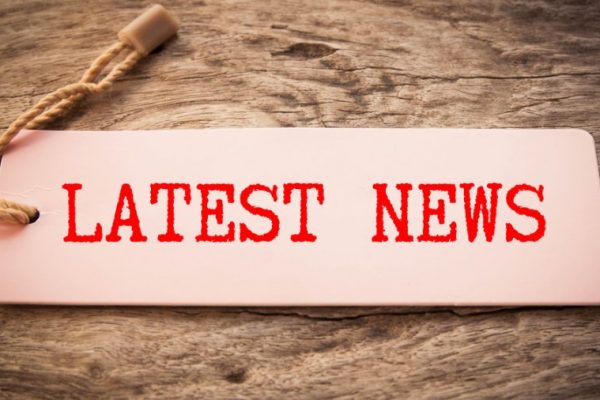 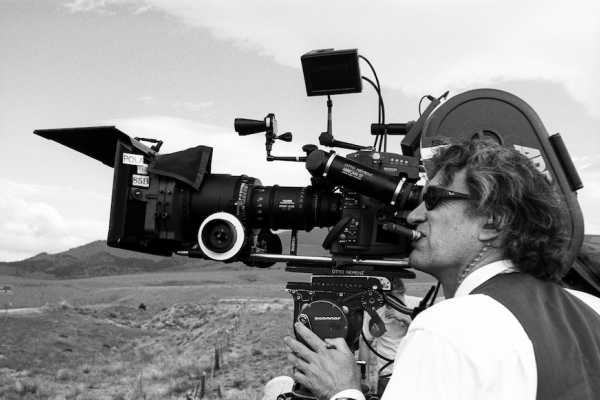 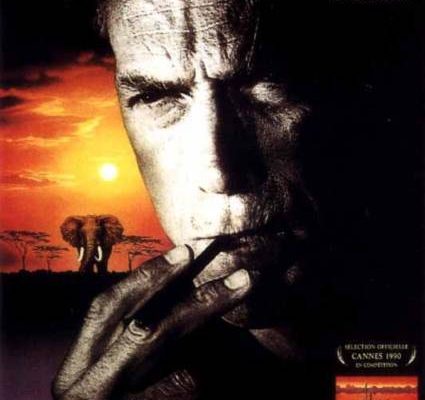