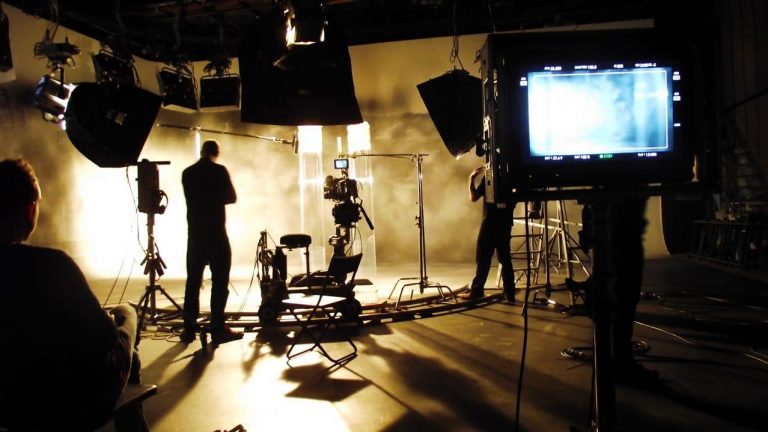 Film-making, this is not just (not at all) to know how to use a camera. The mise en scène, already, begins well before the shoot, and spreads beyond it. In his best-selling book, The staging, the director, and consultant presents the essence of the profession, but also what we imagine, not necessarily before becoming a filmmaker, with many anecdotes based on several decades working on the sets of many films.

What is it about ?

This book explains in a very detailed manner, each stage of the work of the director until the release of a film.

When the director shoots his film, he has behind him several months of intensive work with a multitude of stakeholders : screenwriter, producer, actors, production designer, director of photography, sound engineer, composer, first assistant, costume designer, specialist in special effects, casting directors…

This book draws on many examples to explain the course to the director, the date on which he is interested in a project until the exit of the first copy of a movie.

It defines the ways to establish close relationships between the members of the team, and insists on the work before the shoot with the actors to create an entity to a narrative powerful.

The author, a film director confirmed

Mark Travis has a degree in theater and ensured the staging of numerous pieces of award-winning before pursuing his career in television and film. It then developed its activity of consulting, for which it comes to help and brings his experience to some of the biggest hollywood movies.

The staging from A to Z

The book of over 300 pages, unlike other works on the subject, is dense and comprehensive. It is necessary to wait more than 200 pages to address the chapter related to the shooting. Prior to this, over 50 pages are dedicated to the scenario. The idea is not to make more short what are already other books dedicated to the writing, but well to study the report of the director of the scenario writers : what should these last ? What are the strengths and weaknesses of the scenario ? How to approach the work of rewriting ?

After that, other steps prior to the filming are approached with precision, experience and many examples of cult films to support : Cutting technique, team, artistic, casting, rehearsals… This is one of the rare books on directing, which gives as many pages to work with the players and it is exciting and very informative.

Then come the two major parties dedicated to the filming and post-production. In the first, the author makes the point on the various plans, the work on the board, the resolution of problems (and to be honest, all the shooting problems, it is the way they manage and the solutions that will save the movie… or not), the improvisation, the treatment of the footage… The second part deals with the assembly, work with the editor, the sounds… As mentioned above, really, all the steps are the appointment and it gives a clear and precise vision of the profession of director.

Finally, the last chapter is perhaps the one who made The staging very good book with small pearl : it offers a different perspective on the achievement, addresses the barriers and constraints in all honesty and asks about the job without always provide clear answers, perhaps simply because there may be shadow zones, and even different occupations of directors according to the type of productions.

Some extracts from the book

“It is important to understand and accept the fact that the writers and directors see the work (screenplay, story) of a point of view very different. The tools of the writer are expressed in the language. {…} The tools of the filmmaker are more interactive and three-dimensional. The director develops emotions and relations at different levels. “

“At the beginning, when you take an actor for a role, there is a total separation between the actor and the character. There is a great distance between them. During rehearsals, development and creation, they will get closer and closer to finally getting to a unit at the moment of the scene. Even if the two merged, there is always a degree of separation significant. “

“Thanks to a proper staging, a scene poor can be significantly improved. But you can also hide any nuance. A good mise en scene taps into the emotional dynamics of the scene. “

“When you go to a scene, it may be that you have the feeling that some moments or some of the highlights are not necessary. An argument could be repeated too often. The game a player adds may be another dimension, rendering a reply unnecessary. A thought, an idea or a phrase discomfort can be the unfolding of the scene, or is better expressed in another scene. In other words, when you rework the scene, you’ll want to re-write the scene, cut the dialogue, and move the replicas. This is a good sign. “

“Stop directing. Stop telling the actors what you want or even what you imagine. Begin to ask questions. Be naive. Be innocent. Be prepared to be surprised or challenged. Be open to the human experience. Ask questions that you don’t have the answers. “

This book, you have understood, is a great success and it will not do the task in your collection. You will learn a lot of things, but you’ll discover also and above all a different approach. If you plan to make a short film, we also recommend our article Write a short film.