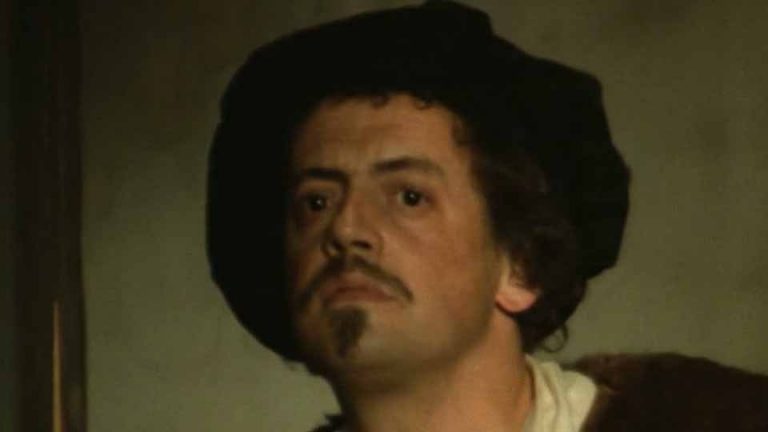 The new advert (after 2006) in an immaculate restored version allows you to (re)discover a work sensitive, singular and poetic that was, in part, renewed the genre obsolete biopic.

For the past few years, many of the biopics that come out of the film production international. To be rigorous, they are subject to codes and schematic and precise, to accept a time-calibrated events presented and narrated. REMBRANDT FECIT 1669 is, somehow, an exception. By advocating for poetry and heightened sensitivity, the film released in 1977 chisels deliberately to the classic rules of the genre, to make a connection that turns out to be sufficiently skillful to convince them, without being insipid, no.

This trip timeless in the bowels of a master opens on a scene of an impressive mastery. A crossfade brought back the character played by Rembrandt. During this time, the voice-over at the tone harsh, in the difficult Dutch language, gives us the keys to the informative basic. And then, once the pull back finished and the master’s name pronounced (separated into two parts ; ” Rem-Brandt “), the man returns. What do we see then ? A sketch autobiographical of Rembrandt by Rembrandt, which comes to life and we examine the air haggard. The tone is set. The imperceptible border between the real and the imaginary, between face and portrait, which tissera elegantly the movie, don’t ask so much about the splendor of the paintings that elude the characters alive. But rather on the ratio visceral that maintains one of the greatest european painters of his brilliant work, devoted primarily to the truth, even beyond the sensible.

Stelling, perfectly mastering the ellipse, strives to trace the least mechanically possible in the life of a painter out-of-peers. Its installation in the fall of 1631 in the cosmopolitan city of Amsterdam, his success, his loves, his taste of the elite shopping, his decline, but also and especially its financial setbacks : everything goes to the top rope fantasy from the director of The signaller, accompanied by music of the Seventeenth century, minimalist and intensely melancholic. The latter also decides to use a cutting singular, which tends to make the action surreal in both its irregularity and inconsistency in voluntary, can amaze, to defeat this tyranny of the classic narrative based on flashbacks and flashfowards those squared -unfortunately too faithful to the biopic.

“Rembrandt knows that the flesh is the mud from which the light is gold “. This lucid analysis is signed Paul Valéry, and it shows the essence of the work of Rembrandt. In fact, the powerful colorist is a magician unsurpassed brightness, and a great lover of chiaroscuro. Using this artistic process as a component dramatic main of his film, Stelling copy Rembrandt to suggest the inexpressible, the inaudible : the life inside, and with a message almost spiritual, present in the multiple scenes of baptisms. It is also a way for him to show that even the artist did not emerge unscathed from his work stakhanoviste, which can impact psychological on him – he does not use almost never the word – as well as his entourage. The director, whose research pre-shooting have been, for him, fundamental, excels in the calibration, and in the art of nuances pictorial sign for ” the Rembrandt “. A work that attempts to break through and make perennials the plagues, the recesses and the secrets of the human soul.

“The film is, finally, the image of Rembrandt: taiseux, uneven, inherent in the Art, and incredibly creative”

Also, the movie is extremely economical. In his dialogues, little present, of course, but especially in its ability to share its resplendent beauty. It only takes a plan, a movement, a gesture, a phrase or even a word, to capture an expression, an atmosphere, or to transcribe an emotion almost unspeakable, even invisible.

We say, finally, that this impressive living tableau is the image of the artist : taiseux, uneven, inherent in Art, and deeply creative.