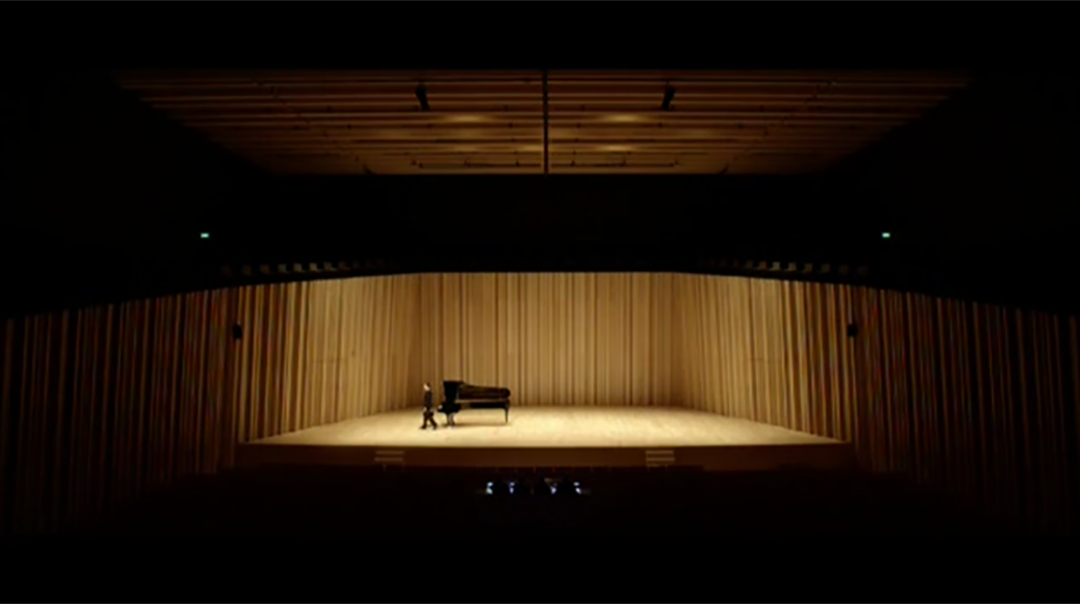 You make short films, but do not know-not always what it would be good to put there ? What lights ? What are the plans ? The best solution to settle this is obviously to study other short films. In reflecting on the manner in which the director has thought and put into practice his ideas. For this, today we are going to study together a short film.

First let’s look at a few precautions. First of all, we will not explore this short film as you can be done in film courses at the University. We will in fact mingle and technical analysis, because the two are closely linked in a context such as that of the short film. An overview is always very interesting.

Secondly, you should know that the main difference between the short film and the feature film-especially when the short has a low budget, it is the unexpected. A plan can make beautifully in a short film and to have been improvised at the last minute, so that the developer may have made a plan magistral ” by accident “. Conversely, a plan that could not be done is replaced by a more classic and therefore may be less attached to the vision of the director. It is therefore difficult to interpret precisely what the director wanted to do it alone is able to tell. This is why everything that is said vis-à-vis this court in this analysis is perfectly refutable. In our case, it will not be really problems can we wish that you apply to your shorts.

The short that we will study is called The piano Tuner by Olivier Treiner. He has won a number of awards in the festival between 2011 and 2012. Without further ado, and without you the pitcher, I invite you to watch this film.

the Tuner (The Piano Tuner) – Olivier Treiner from Raphaël Treiner / SHERIFF on Vimeo.

Analysis of the piano tuner

In an analysis well-built, we would be allowed to summarize the topic of the film, placing it in a socio-historic context if it was out of interest and probably make that work with regard to the filmography of the director. Today, we are going to throw it over our shoulder and directly address what we are interested in. How and why does the staging ? How it has been put in place.

Let’s talk about the general aesthetics of the film. It will be noted that the director places particular emphasis on the colors to give a contrast. This is particularly visible on this plan. 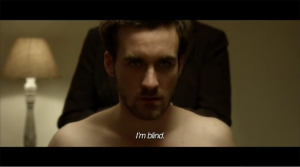 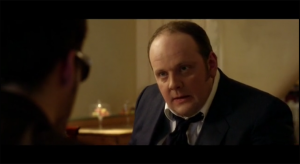 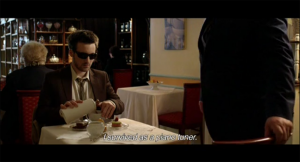 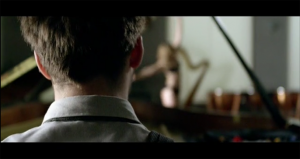 The sets and costumes are items that you can certainly bring it up to the choice of the director. He had to scout locations and inform its stakeholders and to its devotion and fervour that he wished that the characters wear. In the case of the Tuner and his boss or even the server, this choice can be interpreted as a desire for realism. But what is it of the dancer and the woman assassin ? The black highlights the sensuality of the dancer, which given the scene where she appears, is fully justified. However, the woman assassin would be able to be dressed in a whole different way. The black is also of course associated with the death or the antagonist.

One could also interpret this aesthetic choice as an association between the different places, characters and clothes recalling the organization of keys on a piano, alternating the black and the white. Of course, it is not a question of replacing a pragmatic approach to each character by a key, but do agree the colors with those of the piano, which is definitely the central element of the short film. 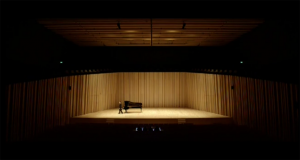 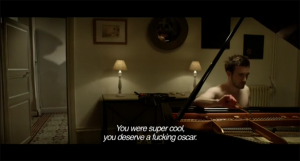 That said, there are two shades in the main in the short film, a yellow tint and a blue tint. The yellow tint is the most used, especially in the apartment of the woman assassin, and in the concert hall of the beginning of the film. The yellow filter brings many attributes to the image. First of all, a form of rusticity and traditionalism, as an old book, or just a piano, an instrument ” sacred “. It also reminds us, quite simply, the wood of which is usually composed of the same piano. 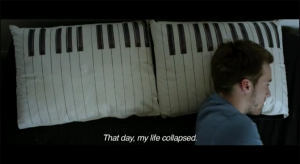 Conversely, at the time of the depression of the Tuner, the director prefers to opt for a filter blue light, which contrasts very strongly with the previous image-the assumption that things do not happen as expected even without the viewer needing to hear the voice off. This light is closer to the grey and is therefore a color that rapidly draws to a negative idea, such as emptiness, or just the depression. 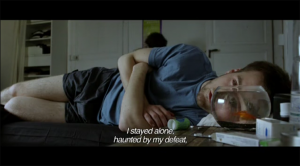 You can easily use the same types of lights for your own short films. In effect, these colours (blue and yellow) are part of the more used at the cinema for short films. They are fairly simple to reproduce. But most of all, please note that each use of the light and of the colors is very important. This fact that the universe is coherent in this short film, also the colors similar to that of a piano, as mentioned above. You can apply a similar idea to your short.

The direction of the light

Let’s do a little aside on the direction of the light. It does not come from anywhere. It must be justified and useful. To be justified means that it must come from a source of light plausible, a window, for example, in the case of the screenshot made earlier. Useful, because it should have an interest. 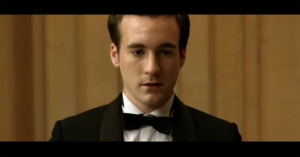 On this capture, the light comes from the left of the frame. This light comes to be reflected on the sweat on the forehead to the Tuner, highlighting the stress of it, without giving an impression of sweat “dirty” would be a light full-face. In addition, the contrast between the left and right side of his face expresses an imbalance that accentuates this feeling to the viewer that the Tuner is stressed. 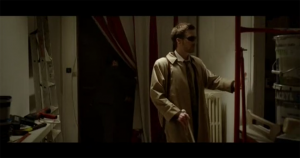 On this other image, the light comes clearly from the ceiling, or even on the left at the seen of the shadow on the mantle of the tuner. This light is justified (the lights rarely come on the floor) and useful, because it gives a sinister aspect to the sequence thanks to the shadows that she wears on the Tuner. Thanks to this light, one understands immediately that things are about to get complicated.

So, let’s do a little recap of what we’ve learned :

In the next article, we will remain on the analysis of this short-film to tackle the staging and the cutting.