After the immense success of The Family of Ram , of which she was co-writer, Victoria Bedos to renew the exercise in a feature film, largely autobiographical, to the point that bear his name : VICKY. This is Denis Imbert, his partner of pen, who had the idea of staging the life and the path of this last and run for the first time in the realization. With regard to the family which is from Victoria Bedos it is easy to imagine the difficulty to exist and to be a place between a father, a comedian widely recognized, a brother whose success is well established as an author, actor, columnist, etc…and a mother dummy. We are pleased, therefore, to the idea of discovering the way in which this young woman has been able to emancipate themselves, to reveal itself and gain access to a certain amount of recognition in a domain of its own, all with a strong dose of humor and self-deprecating. The idea is interesting and attractive, what is the result ?

VICKY tells the story of Victory Man (Victoria Bedos), a grand-daughter sage and a copy of the 30-year-old caught between a father’s self-centered and conservative (François berléand with his), a brother undrinkable (Jonathan Cohen) and a mother much more open and modern, but resigned (Chantal Lauby). Thanks to his encounter with Banjo (Olivier Urvoy of Closmadeuc, who is also her partner in the scene in reality), Victory will be open to the world, to create a group of crazy by the name of Vicky Banjo, with songs that are all the same and free themselves from the shackles of this family so big to finally become a woman.

The image of the woman in society, the emancipation, the pressure of the success of the family, the brake of the self-image returned by the men of the family, mothering to death, are all issues dealt with in the watermark in VICKY. The humor and the distance to the actual events would have been able to elicit immense empathy from the audience if you deliver them with sincerity to the exercise. We can not propose an autobiographical film without spreading its moods and some of the details of his day to day existence in such a family. Unfortunately, it is only physically that Victoria Bedos is really bare. And as beautiful as his body may be, the modesty, veiling the narrative prevents any emotion from hatching. To make up a reality that could hurt (including his family), the caricature is pushing up on the tone of the humor to the point of losing any finesse, and it is a pity.

Many replicas are well written, they sometimes smile and would have been able to touch them but they never go to the bottom of things. Nothing breaks really. The metamorphosis has taken place, it is obvious, but without an awareness or knowledge of the steps that have to be permitted. In the end, therefore, there is not really action, but a succession of scenes from the life of Victory, strung together without other explanation than that of a voice-over in the speech as denying the latter. Needless to say, this creates a nuisance for sure. The soundtrack and the songs, written and performed by the duo Vicky Banjo might be fun and friendly, it is insufficient.

“VICKY was the promise of an autobiographical account borrowing of humour, but an initiatory journey aimed to free themselves psychologically from a staunch family traditions, weighing only end result is that a story so naive that provides an overview of the issues by not addressing that by of banal clichés”

Finally, in addition to the flatness disappointing and dialogues of the scenario, the lack of credibility total due to caricatures of all kinds ends up that we are complete. Everything is so pushed to the extreme, starting with the naivety of Victory, up to the loutishness of his brother, passing by the narcissism of his father, that it ruined any desire for authenticity that would only have been able to move us. The role of the mother, however, was perfect – as much as Chantal Lauby in its interpretation. As Benjamin Biolay rock star phlegmatic and haughty was a great idea. And Victoria Bedos is really heartwarming. But a few vulgarities scattered here and there, and two or three scenes bare does not compensate for the very “nunuche” and not always consistent, the film and its main character.

VICKY was the promise of an autobiographical account borrowing of humour, but an initiatory journey aimed to free themselves psychologically from a staunch family traditions, weighing only end result is that a story so naive that provides an overview of the issues by not addressing that by casual shots. Has not want to squarely address the feelings of their protagonists, Victoria Bedos and Denis Imbert fail to capture our attention and the metamorphosis of this caterpillar into a butterfly that could have been upsetting we leave it for the less indifferent. 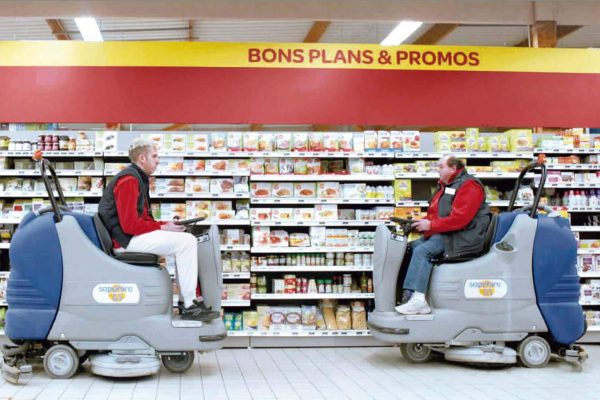