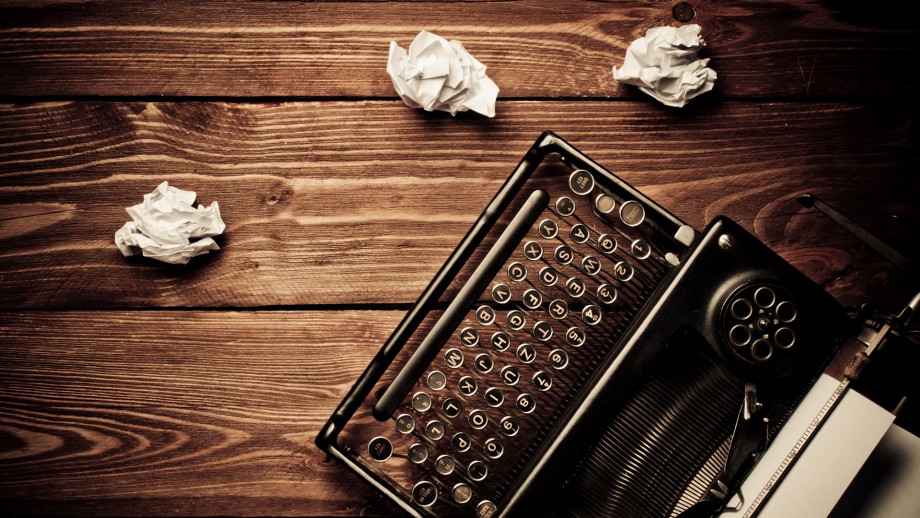 You want to write a script that is captivating ? Be aware that a scenario has nothing to do with a literary or poetic text. It is a story that will be filmed. It will be seen. It will serve as a working tool for all actors in the film.

What I mean by this is that if you want to write a scenario actually captivating, it is necessary to put in the time and care and with a method appropriate to the writers : you’ll have to structure it, to create the characters, then the dialogue ; and finally, you will have to analyze and rewrite your screenplay. These are the points that you will discover in the article below.

But before you even succeed at structuring a scenario, it is necessary to ensure, among other things, identify the idea or theme to be addressed. This is the premise of your story. And to succeed, you’ll need to go through a phase of research and documentation.

This being said, let’s begin !

If you want to write a screenplay that grabs, you need to structure it according to the diagram provided by Joseph Campbell.

This man has studied the myths and legends to success around the world, has identified common points, and composed from them a pattern followed by 99% of movies that exist today.


Follow the pattern of Joseph Campbell, this is to decompose the narration of your story in 3 parts or acts :

1. Exposure : this is the first act. It allows you to set the scene. It presents the main character, or protagonist, in her universe, as well as the majority secondary people.

At the end of this act, we place the node in a dramatic program or trigger : an event that disrupts the life of the main character, gives him a quest/a goal is difficult to achieve and that motivates him throughout the other two acts. Note that the trigger may be the result of an antagonist.

2. The development : this is the 2nd act. It represents the longest part of the scenario. Here, our main character tries to find a balance destroyed by the event upsetting. For this, he meets allies and enemies. He faces trials and obstacles that flow and rise in intensity

The second act ends on the Climax, an ultimate event that mobilizes all the resources of the main character and ends with a dramatic response : success or definitive failure.

3. The outcome : this is the third act, the most brief of the scenario. It shows the results, the consequences of the history.

Each of these actions will include, of course, several sequences. Each sequence will consist of several scenes.

Create the characters in your scenario

Start by creating the characters in your scenario. Attention, this is not limited to give them a name and assign a physical. This goes much further :

At the beginning of your story, the public must have the impression to know everything about your characters. It must be able to identify with the(x) hero, or at least become attached to it.

It is only at this price that he can feel emotions to follow their course.

To achieve this, you are going to, in 2 steps, characterize your characters.

If you want to invent characters to whom your audience will identify with and attach, avoid at all costs the cliché : the good, the bad, etc

On the contrary, make your characters original and unique, as if they were real. Give them a name, physical, age, religion, intelligence quotient, qualities, and flaws, passions, etc

You must be able – if you were asked – to tell the full biography of each of your characters.

Now that you know your characters and what makes them, you must pass this knowledge to your target audience without their “telling the story” of those characters, which would destroy the plot.

Instead, you need to show them who is each one of them.

And never forget this : what makes a character very endearing, it is his humanity : he is afraid, he hesitates, he makes mistakes, he knows chess, it matures with the experience. Build a plot that takes account of this.

Create dialogues of your scenario

Now that you have worked on your characters, construct dialogue for your scenario. The biggest mistake you can make is rushing. So you should avoid creating :

1. A dialogue mouth-hole : the characters talk about everything and nothing for long minutes. This happens when you have no idea. We then make the filling. The best way to avoid this is to build his plot and to characterize its characters before we care to talk.

2. A dialogue explanatory : the characters say what they think and feel that it is their actions that should get the message across.

3. A dialogue that conveys your main message : it has to go through the characters and what they live, not through your words

If you want to build dialogues captivating, here are a few tips to follow :

1. Pass the information preferably by using pictures. Do you use dialogue only as a last resort ; and then with the secondary characters.

2. Create dialogues that stick to the reality, that sound right. To do this, listen to the people that you meet in everyday life. They are your source of inspiration.

3. Take care over punctuation because it sets the tone.

4. Treat the breaths of your text. Because they give an idea of the emotional state of the characters.

5. Read your dialogue aloud. Have them read by other people as Well, you will test and you will ensure that they are understandable and captivating.

Pay attention to the sub-text, that is to say, what the interlocutors believe without saying it, but which expresses itself through their words, consciously or not. Ask yourself if your audience can realize it. If yes, it is a sign that the scene is well conversed.

Analyze and rewrite your scenario

Often, we don’t like to rewrite his script. It is distressing both for your ego and your intellectual resources.

Just imagine : you’ve worked hard and think you have written a masterpiece. Why put aside your ego and spend time in the rewrite ?

It is easy to not have to envy ; and yet, if you want to really develop a storyline that captivates, the secret is in the analysis and rewriting. It is here that you will find bugs, inconsistencies, and anything that prevents your script from taking off.

The analysis and the rewrite will focus in particular on the following points :

1. Your exhibition or the first act : make sure without it is too long – it contains all the essential elements : premise of the plot, presentation of the main character, inciting incident, or node, drama, definition of the quest, etc

2. The pace of your story : avoid the dead time.

3. The length of your third act or ending.

4. The characterization successful of your characters.

5. The removal or recovery of dialogs that are unnecessary.

Now, here are some tips for rewriting effectively the scenario :

1. Rewrite your scenario as many times as necessary. Take the time that it takes to do it,

2. Don’t be lenient with yourself. Fix whatever is not perfect,

3. Ask the objective advice of people who know about script writing. Keep account of those who return often,

4. Re-read the notes taken prior to the drafting of the scenario, and see if the scenario sticks with your initial desire,

5. Let pass a few days before you write your scenario,

6. Correct spelling, grammar, etc To do this, print out your scenario. You can see more clearly ; and this shall be less arduous than working directly on your computer.

After you have rewritten your script, you will need to put it in the page. We will talk about this in a future article. In the meantime, tell us in the comments below if you have already written a film script, and how you proceeded to do so.